Digital media specialist born and raised in Louisville Kentucky. Now residing in Nashville Tennessee working as the Media Producer/Director for the Tennessee Department of Health. Deep passion for writing and creating. Eager to travel the world and share the stories of humankind. Digital media professional skilled in writing for print and broadcast, videography, photography, graphic design, editing and other creative/design skills. 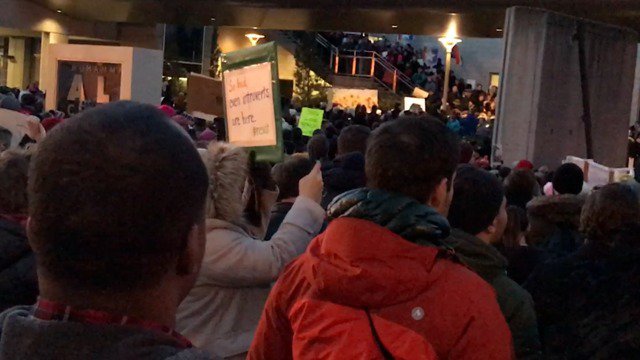 NO HATE, NO FEAR, REFUGEES ARE WELCOME HERE!

These words could be heard for blocks as thousands filled the streets of downtown Louisville Monday night in a pro immigration rally.

In addition to his temporary ban, Trump announced a permanent suspension of Syrian refugees and major cuts to funding for the U.S. refugee program.

Outraged citizens across the U.S. took to the streets to protest Trump's travel ban. Louisville Mayor Greg Fischer hosted the Rally for American Values gathering at the Muhammad Ali Center. The message of this peaceful demonstration was clear, “No hate, no fear, refugees are welcome here.” Mayor Greg Fischer and the citizens of Louisville rallied behind their neighbors from abroad.

Thank you for subscribing!

You will receive an email (at most once a week) with any new articles.

You can unsubscribe anytime with a link in the footer of the email.